admin
Mike joined the company in July 2000, as Chief Operating Officer where he was responsible to the CEO and Board of Directors for overall business development, operations, and strategic planning. His current responsibilities include the management and operational oversight of the Mid-Atlantic, Midwest and Southeast Divisions regarding project cost estimating, engineering and CAD, construction activity (cost and schedule), subcontract development and invoicing and logistics support.

He is a service-disabled veteran and completed his military service as a colonel and senior Army aviator. During his 30-year career he held various command and staff positions. 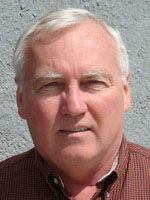 In his last assignment from 1995 – 1997, he held the position of Director for the Cooperative Threat Reduction Program within the Department of Defense. This international, U.S. sponsored, program focused on the dismantlement and destruction of strategic weapon systems of mass destruction located within Russia and the former Soviet Republics of Kazakhstan, Belarus and Ukraine.

Mike managed an annual budget of over $400 million, and supervised 28 program managers on 84 projects. He received a Master’s of Science Degree in Contracts and Administration Management from the Florida Institute of Technology in 1985; holds an undergraduate degree in Business Administration and Economics from Park College, and has additional training from the Army’s Senior Executive Management College, the US Army War College and the U.S. Army Command and General Staff College, Fort Leavenworth, KS.